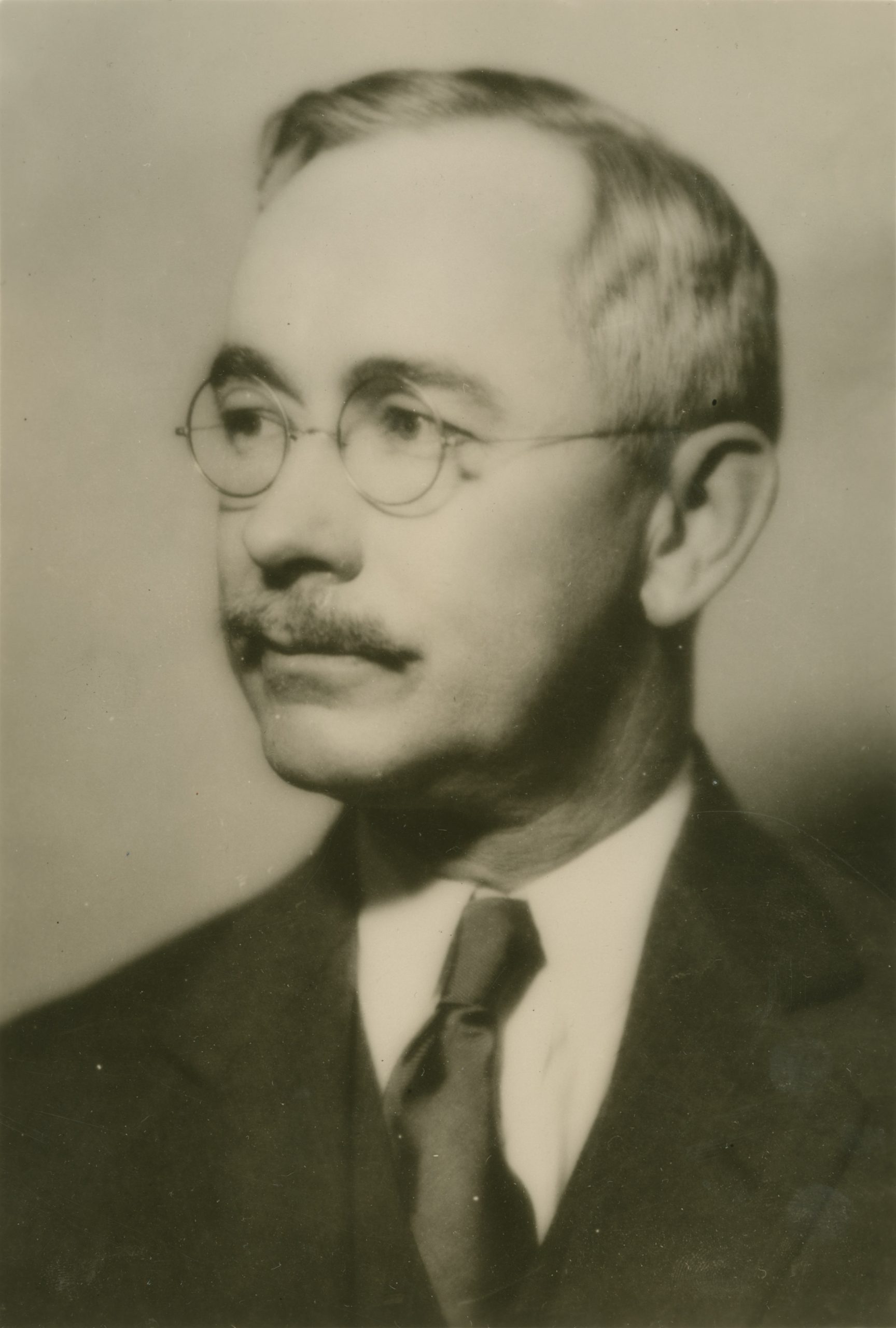 When received the records were organized by academic year and arranged by an inhouse filing code. The filing code has been retained with the titles of the folders. Also, when processing the collection it was occasionally necessary to divide one folder into two. In order to differentiate these files from files that originally had been divided when created: folders that were divided during processing have the number in parenthesis, e.g (1); where as folders that were divided in the office of origination have “No.” in them, e.g. No. 1.

George Simpson Koyl succeeded Warren Powers Laird as Dean of the School of Fine Arts at the University of Pennsylvania in 1932. Koyl was born in Evanston, WY on February 8, 1885. He attended the University of Pennsylvania where he received a B.S. in Architecture in 1909 and an M.S. in Architecture in 1911. From 1911 to 1914 Koyl studied at the American Academy in Rome. Returning to the United States he took a teaching position at the Carnegie Institute in Pittsburgh. Koyl served during World War I as a second lieutenant in the U.S. Army in France in the construction division. Koyl worked in private practice in the offices of Cass Gilbert and McKim, Mead and White; and later opened an independent practice. Before coming to the University of Pennsylvania he taught at the New York University School of Fine arts. As Dean of the School of Fine Arts, Koyl was responsible for improvements to the curriculum in the Department of Architecture. This included adding programs in industrial architecture and courses in construction. The Department of Fine Arts twice won the University Medal of the Societe des Architectes Diplomes par le Gouvernment Francais, of New York during his tenure as dean. In recognition for his efforts Koyl received an honorary doctor of fine arts from Penn in 1944. During World War II Koyl gave lectures in industrial camouflage, and served as chairman of the Technical Committee for the Eastern Division in the State Council of Defense. In addition to his work as dean, Koyl was also active in outside professional activities – most notably the American Institute for Architects. In 1949 he was appointed a member of the Board of Managers of the House of Detention. Koyl retired as dean in 1950, and continued at the University of Pennsylvania as Professor of Architecture until 1955. George Simpson Koyl died on March 14, 1975.

The Records for George Simpson Koyl’s tenure as dean of the School of Design reflect the administrative and academic activities of the school from about 1932 to 1951. This includes academic committees, correspondence with University administrators, activities of students and faculty, and World War II’s impact on the School. In addition, there is some correspondence related to Koyl’s own professional activities.

Researchers should also consult the Office of the Dean, Additional Correspondence Records (UPB 8.41) for additional material related to Koyl’s tenure.