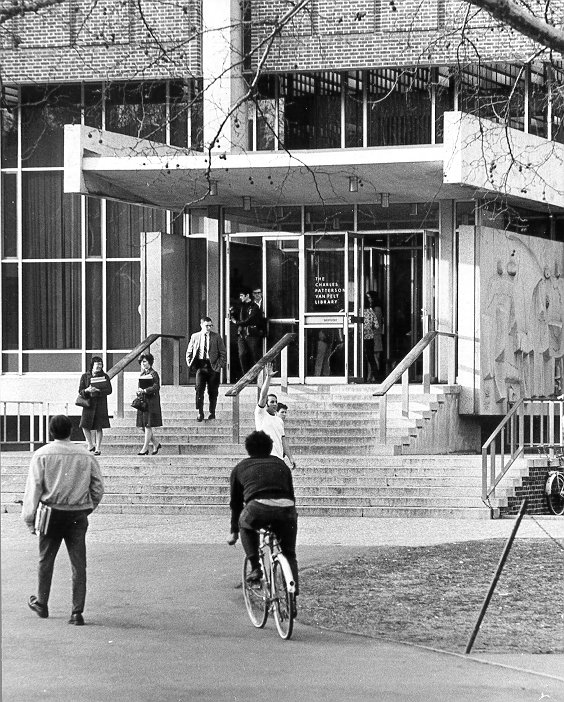 Libraries
Access to collections is granted in accordance with the Protocols for the University Archives and Records Center.
Download this finding aid as a PDF

The University Library dates to 1749 with a gift of books from Richard Jackson, a London lawyer and politician. Within a few years, Benjamin Franklin and William Smith donated additional volumes. In 1784 Louis XVI of France presented the Library with 100 volumes. When the University moved from its Fourth and Arch Streets location to its present West Philadelphia address in 1872, the library was housed on the first floor of College Hall. By 1890, the Library’s 55,000 bound volumes were ready for their own building and moved into specially prepared quarters, a building by the famed Philadelphia architect, Frank Furness. Continuing to grow at a steady pace, the Library again recognized a need for expansion and prepared to move, in 1962, across the green to new facilities designed by Harbeson, Hough, Livingston, and Larson.