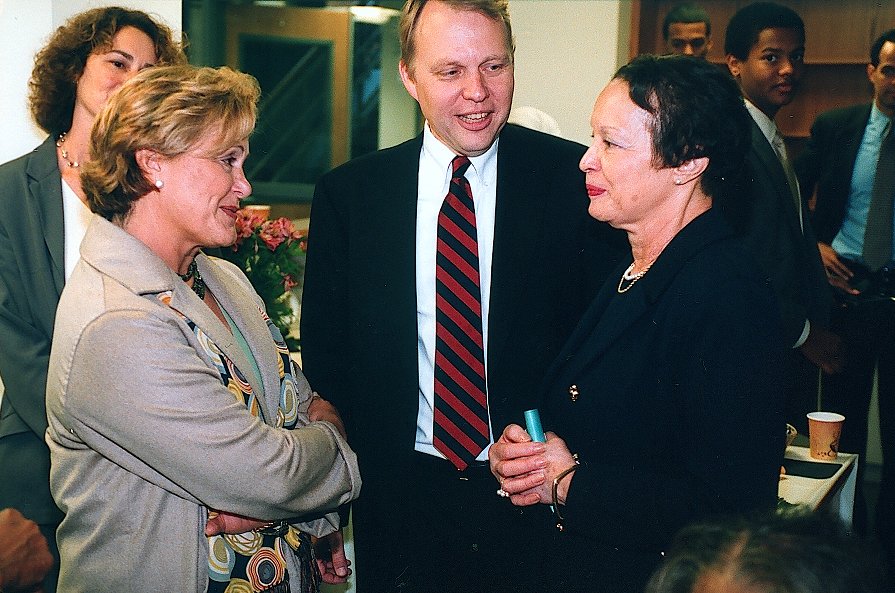 Alexander Family
Access to collections is granted in accordance with the Protocols for the University Archives and Records Center.
Download this finding aid as a PDF

The records for the Sadie Tanner Mossell Alexander University of Pennsylvania Partnership School are organized into seven series: Closing Exercises, Communications, Construction / Technology, Media, Photographs, Video Tapes, and Year Books. The series are arranged alphabetically, with the exception of Year Books which are arranged chronologically.

The Sadie Tanner Mossell Alexander University of Pennsylvania Partnership School, is informally known as The Penn Alexander School. The school’s namesake, Dr. Sadie Tanner Mossell Alexander (1898-1989) earned four degrees from Penn and has the distinction of being both the first African American in the nation to earn a Ph.D. in Economics (1921) and the first African American woman to be admitted to the Pennsylvania Bar (1927), among other achievements.

Initial planning for the school began in June 1998 and it opened its doors in September 2001 in the buildings of the former Philadelphia Divinity School in the 4200 block of Spruce Street in Philadelphia, Pennsylvania. Designed to serve over 600 West Philadelphia students in grades Pre-Kindergarten through 8, the school provides students with research-based instruction and holds them to high academic standards. The School is unusual in that it is managed by a Governing Board, the members of which are drawn from the School District of Philadelphia, the Philadelphia Federation of Teachers and the University of Pennsylvania.

In addition to its involvement with the governing board, Penn assists this public school in a number of ways. First, Penn contributes $1,000 per student. This contribution enhances the student’s learning experience by keeping their class sizes small. Second, the Penn Graduate School of Education faculty advises the school on curriculum and conducts research to help improve student learning. Third, students receive resources from Penn-affiliated partners such as the University Museum of Archaeology and Anthropology, Annenberg Center for the Performing Arts, and the University Archives and Records Center.

The Sadie Tanner Mossell Alexander University of Pennsylvania Partnership School Records document the establishment and construction of the school, as well as year books. The collection does not contain any administrative or student records.