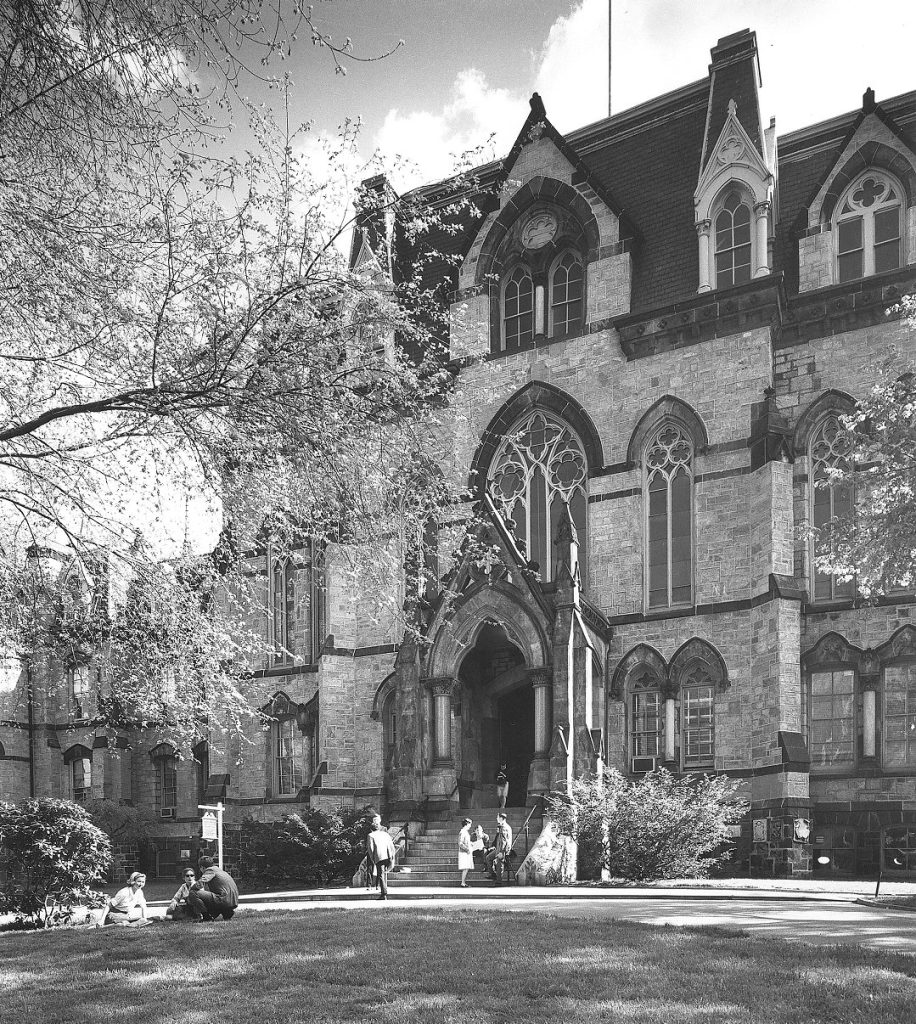 College of Arts and Sciences, Departments
Access to collections is granted in accordance with the Protocols for the University Archives and Records Center.
Download this finding aid as a PDF

Transferred from the Multimedia and Educational Technology Services (MMETS) in 1992.

The College of Arts and Sciences established a Modern Language Lab in 1959 to serve its language programs. The lab changed its name to Language Laboratory in 1965 and was relocated and rebuilt on the ground floor of Logan Hall in 1970. Gradually, the lab expanded its scope of service and the material it used expanded from the single kind of sound tapes to multimedia. In 1976, the lab was renamed the Audio Video Center, though, administratively, it remained part of the College. In January 1992, the office assumed its current name.

The Memories Project is an oral history project initiated by the Audio Visual Center in 1987. The project had two initial goals: to provide an opportunity for the Center’s staff “to develop their video production skills” and “to create a record of Pennsylvania memories which would become part of the University Archives.” With these goals in mind, the staff selected prominent alumni, faculty and staff, and invited them for interviews to recall their experiences at the University. As a result, the project conducted over one hundred videotaped interviews. When common themes became apparent among many interviews, the staff, after some research, produced short, entertaining video presentations around five topics. These included Undergraduate Memories: 1911-1942, Pennsylvania women, the Depression years, World War II, and Rowbottom.

Correspondence, both intramural and extramural, represents the bulk of the Administration series. The series also features proposals, reports, guidelines and procedures that document the development of the center in its formative stage.

The Memories Project series consists of manuscripts and the videotapes. The manuscripts subseries includes general material about the execution of the project and individual files of both persons interviewed and persons selected but not interviewed. For those interviewed, there is biographical information and the transcript or draft transcript of the interview. The videotape subseries consists of interviews in both broadcast quality tapes (KCA 60 or KCS 20) and in VHS tapes.