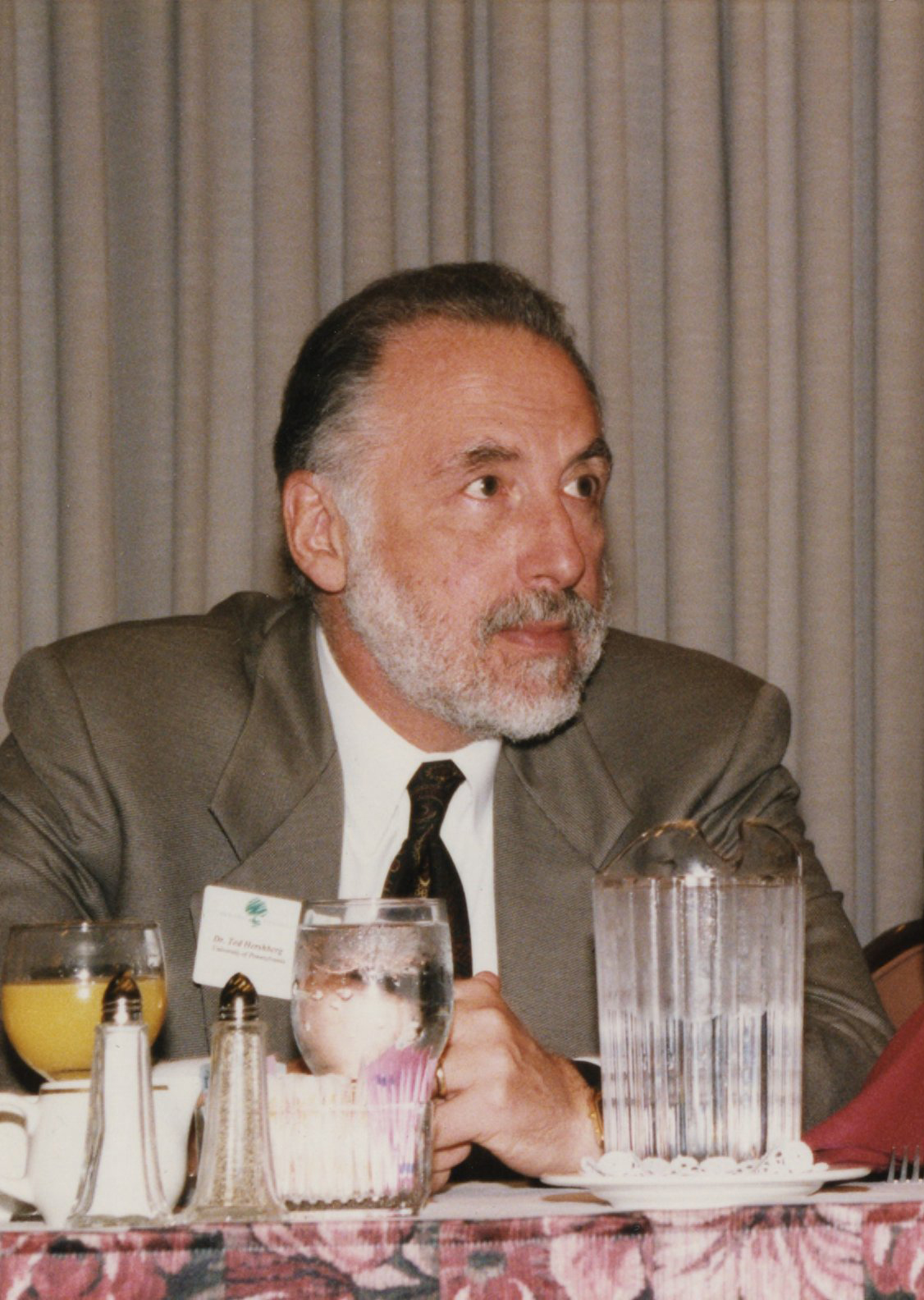 The Center for Greater Philadelphia records were accessioned by the University Archives in 2007.

The collection has been arranged alphabetically except for the Photographs and Audio-video tapes.

The Center for Greater Philadelphia at the University of Pennsylvania was founded in 1985 by Penn Public Policy and History Professor Theodore Hershberg. Dr. Hershberg served as the Assistant to the Mayor of Philadelphia for Strategic Planning and Policy Development in 1984-1985. His service at the city convinced him that the region needed strategic responses to challenges from two of the profound trends shaping America — the development of a global economy and the emergence of the state as a pivotal force in the federal system. Given his belief that the region was the unit of competition in the global economy and that cities and their surrounding counties working cooperatively as a region could more effectively leverage resources from their states, he founded, upon his return to the University, the Center as a neutral convener and researcher of public policy affecting the region. The Center’s first initiative was to launch the Southeastern Pennsylvania State Legislators’ Conference, which enabled Senators, Representatives and corporate leaders from Bucks, Chester, Delaware, Montgomery and Philadelphia counties to meet annually from 1985 to 1994. The final meeting came as part of the much larger “Call to Action Conference.” Held in May 1995, it brought together 2000 of the region’s leaders to adopt a regional agenda, and was itself part of a year-long set of activities devoted to promoting regional awareness. In 1995, the Center created the Greater Philadelphia High School Partnership, which brought together high school students from diverse backgrounds to explore the challenges of segregation and racial/ethnic diversity effecting their schools and neighborhoods. In his January 1999 radio address to the nation, President Clinton singled out the Partnership, calling it a “stunning success” and a “model for the nation.” In 2002, the program expanded its diversity education program to include elementary students under the new name Greater Philadelphia School Partners. In 2005 the Center ended its sponsorship of the program due to the loss of support from a major funder.

In 1996, recognizing that the key to an improved quality of life in the region depended upon the development of a highly skilled and well-educated work force, the Center began its third major initiative. It worked with a consortium of school districts in Bucks, Chester, Delaware and Montgomery counties to adopt rigorous academic standards and internationally-benchmarked assessments. This work led to the formation of the New Standards in Education Project, which coordinated standards-based reform efforts in nearly half of the 61 school districts in the four counties as well as 11 school districts in southern New Jersey. New Standards received grants from the Pennsylvania Department of Education’s “Educate America” program and the William Penn Foundation. In 2001 the program merged with the outreach program of the Penn Graduate School of Education’s (GSE) school and is now housed at GSE’s Center for Educational Leadership. In 2000, with support from the Annenberg Foundation, the Center launched Operation Public Education to develop a new set of rules and incentives to govern public education. Support from the Carnegie Corporation helped OPE to introduce its work nationally, and in 2008 the Center received funding from the Bill and Melinda Gates Foundation to elaborate its comprehensive framework for school reform in book form. The result is Theodore Hershberg and Claire Robertson-Kraft, eds., A Grand Bargain for Education Reform: New Rewards and Supports for New Accountability (Harvard Education Press: 2009 August). Dr. Hershberg’s interest in the coordination of regional efforts for the development of the Greater Philadelphia area in both economy and education dated back to the late 1960s when he founded and directed the Philadelphia Social History Project from 1969 to 1981, a cross-disciplinary research effort supported by multiple federal research grants. *Based on the CGP website pages: http://www.cgp.upenn.edu/ctr_history.html

This collection documents the activities and development of the Center for Greater Philadelphia from the early 1980s to the end of the twentieth century.

It includes the following main features:

1. The New Standards in Education Project , 1993-2001. This is a bulky series, which includes meeting records, correspondence, study and discussion of the necessity to raise education standards, and statistics of individual school districts of the area in relation to examination and assessment standards. This series also includes material of the following sub-series: the Southeastern Pennsylvania Standards Consortium, 1996-2001, Teacher Training Conference of 1999, the Institute for Learning, 1999-2000; and the Meeting America’s Human Capital Development Challenge Conference, 1996.

5. A collection of papers, many doctoral dissertations, of studies of historical development in various aspects of Philadelphia and its surrounding areas from the early 19th century to the present.

8. Files of the conference on “Philadelphia: Past, Present and Future,” 1977-1982. This series includes meeting records, especially those of the meeting on Oct. 26, 1982, and video tapes.

10. Material of special genres such as clippings, photographs, audio and video tapes and disks.